False Accusations in the Marketplace | Alan Louis - Language of Commerce

False Accusations in the Marketplace 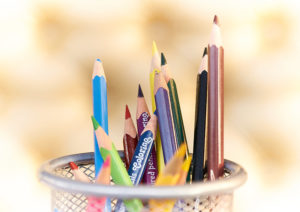 “You shall not bear false witness against your neighbour.” (the Ninth of the Ten Commandments – Exodus 20:16)

I am in the fortunate position that leading a ten-decade family business arms me with business intelligence that is different and unique to our competitors. Business schools sell the idea that a weak cashflow is Enemy No. 1. Not so, it’s only Enemy No. 2, because with the onset of free speech false accusations wreak far more havoc.

“These six things the LORD hates, Yes, seven are an abomination to Him:
A proud look, A lying tongue, Hands that shed innocent blood, A heart that devises wicked plans, Feet that are swift in running to evil, A false witness who speaks lies, And one who sows discord among brethren.”

In this Proverb, it is interesting that out of the seven abominable sins, 3 of the sins and its twin refers to false accusations. Why? because it was a false accusation that crucified the Son of God.

Who are False Accusers?

A false accuser is one who communicates (with the sincerest face) that something untrue is true, especially with the intention of inflicting emotional harm and ruining a reputation.

The false accuser’s twin has the character of an assassinator, who seeks to paint a false picture of his target and presenting it as that person’s reality. God declares this to be an abominable act of cowardice. We are also guilty of character assassination when we plant seeds of doubt about a person’s integrity. We do this by asking questions with a malicious inflection – “Are you sure that you can trust that person?”

There are three distinctive characteristics of a false accuser, these are deep-seated malice, cowardliness and poor listeners. They relish in sensation, causing havoc. They do not care about the person and never seek out truth. An important indicator – a person using the accusatory weapon always approaches the accusation with initial flattery. In this way covering up their own malice.

The renowned Preacher, Charles Spurgeon, had this to say about false accusers or talebearers:

“Is it possible for justice to invent a punishment sufficiently severe to meet the case of the dastard who defiles (another’s) good name, and remains himself in concealment? An open liar is an angel compared with this demon. Vipers and cobras are harmless and amiable creatures compared with such a reptile. The devil himself might blush at being the father of so base an offspring.”

In biblical history, when the wicked Queen Jezebel wished to obtain a vineyard for her equally wicked husband, King Ahab, she employed two false witnesses to execute her plan. Naboth, the rightful owner of the vineyard, was confronted by two scoundrels who brought false charges against him before the people, saying, ‘Naboth has cursed both God and the king.’ The people subsequently took Naboth outside the city and stoned him to death” (1 Kings 21:13).

The folly of making a false accusation is illustrated in the book of Esther. A powerful man named Haman, devised a plot to falsely frame a Jew named Mordecai and have him hanged. Haman devised this plot because he hated the Jews, but they are God’s beloved, and he especially hated Mordecai because Haman was jealous of a favour Mordecai had received from the king. But Haman’s plot was found out, and the punishment for Haman’s treachery was to hang on the very gallows he had constructed for Mordecai.

Be warned, those who make false accusations or carry a false tale are under God’s severe judgment (Psalm 5:6), unless of course there is true repentance.

If you are falsely accused the solution is to rely on God’s Word: “Though the arrogant have smeared me with lies, I keep your precepts with all my heart. Their hearts are callous and unfeeling, but I delight in your law” (Psalm 119:69–70).

This entry was posted in Business, Conflict, Profits. Bookmark the permalink.