Your Potential in Business | Alan Louis - Language of Commerce

Your Potential in Business 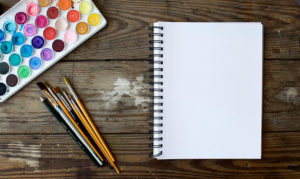 “You must decide if you are going to rob the world or bless it with the rich, valuable, potent, untapped resources locked away within you.” (Myles Munroe)

What thoughts or images come to mind as you stare into the nothingness of the page above? An artist’s paint brush would caress the paper with strokes of inspiration. A writer’s pencil would scribble a flurry of words in heated excitement. An entrepreneur’s thought processes would be to recognise a desired brand by consumers and have the hope of financial success.

What are your dreams and inspirations in the marketplace? What is the potential of your untold story – what will fill your page?

A Better Way of Leading

In the book called ‘Turn Your Ship Around’ by L. David Marquet, he recalls the story of the USS Santa Fe as a nuclear-powered submarine. It had over 100 crew members and was designed to operate in stressful and dangerous environments. Unfortunately, the level of moral was low and the negativity amongst the crew influenced their performance levels. Captain Marquet had to make an impact and change the work ethic of his crew. He turned things around by giving more responsibility to his crew and in doing so created leaders. He invested in his crew and the end result was that Santa Fe was recognised in having a highly successful crew. As the author notes:

“Our worlds bright future will be built by people who have discovered that leadership is the enabling art. It is the art of releasing human talent and potential.”

Imagine what an impact similar changes could make in your business. As entrepreneurs, we should see ourselves as commanders of our own ship, encouraging growth of our crew members and allowing those who excel to reach their potential as leaders. People should at all times feel valued, needed and be happy in their work environment.

This, I believe is a winning recipe, to release human talent and potential from those we lead. This process is exciting, and it means that we, as leaders, should recognize potential in people and tap into their abilities and in doing so sharpen their skills and talents.

I desire to be an empathetic leader. I never want to be considered by others as being hard-headed or cold-hearted. As leaders, we need to be cognizant that we are all different and have different ideas, dreams and aspirations. Yes, too often I fail as an empathetic leader, but I raise the bar and continually motivate myself to grow in this quest.

Given a choice between an empathetic and talented leader or a star (charismatic) one, the former is always preferable. The former personality traits tend to get the job done reliably, without undue fanfare. By contrast, star leaders may conflate the enterprises’ success with their personal goals and start to believe their own press. Weak leaders look after themselves. Great leaders look after others.

Jesus Christ called His disciples out from the community in which he lived. They were ordinary people whom God called to do extraordinary things. His calling of them came from a foundation of love. Owing to His love for them, He called them into greater things.

In Luke 5:10, Jesus had led Peter to bring in a huge catch of fish, Jesus said: “Do not be afraid, from now on you will be catching men.” Jesus loved Peter by addressing the fear of his heart. Jesus then called Peter to something more than he was. He was a fisher of fish, but Jesus called him to be a fisher of men.

I would encourage you to look at the teams you lead in this light. What can you do to increase encouragement? What fears can you address? Take time out and invest time in your staff, get to know them and recognize their talents and potential. I would encourage you to step out and allow their talents and potential to be unleashed. Imagine the impact this would have in your business if all of your teams were running in their right lanes and were expressing their God given gifts and abilities. You would not only have an incredible team, but your team could change the society in which you live.

This entry was posted in Business, Faith, Money. Bookmark the permalink.