Asking the 'WHY' in Business | Alan Louis - Language of Commerce

Asking the ‘WHY’ in Business 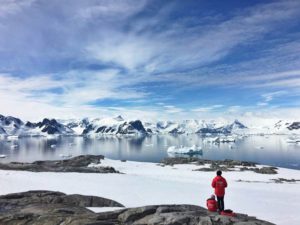 We all want to live lives filled with colour and life. We want to be interesting, to leave a legacy. As leaders, we want to inspire our teams to build great things and to create incredible companies.

Simon Sinek in his book, ‘Start With Why’, reminded us of an important secret in having such an impact. He wrote that: “There are only two ways to influence human behaviour: you can manipulate it or you can inspire it … People don’t buy WHAT you do, they buy WHY you do it.”

Ernest Shackleton, the famous explorer of Antarctica, took a small team of men into one of the most inhospitable environments on earth. Why did this group of men succeed and survive while countless others did not? Sinek writes that the difference was that Shackleton started with ‘WHY’ when he advertised to find team members for the expedition.

Sinek noted that the only people who applied for the job were those who thought the advert sounded amazing, who were inspired by the challenge to face insurmountable odds. He notes that “Shackleton only hired people who believed what he believed.” Shackleton inspired his team with the ‘why’ and only hired team members who believed in what he did.

He inspired them to action through the ‘why’, not needing to coerce or push them to partake in his journey of adventure. As his advert had painted a realistic picture of the position, Shackleton secured team members who connected with his vision both in their hearts and in their ability to endure hardship.

If I think of the ministry of Jesus Christ, we see a similar focus on the ‘Why’. If you read the Gospels, we see time and again how Jesus called the 12 disciples to follow him. He did not say “I have a job for you that will connect with your skills and bring you riches and happiness.” Instead, walking along the sea of Galilee he called out to Simon and Andrew: “Follow me, and I will make you fishers of men” (Matthew 4:19).

Jesus inspired the 2 Apostles to join them by painting a picture of what the future could hold if they followed Him. This pattern often appears in His ministry. For example, in Mark 4:30-32, Jesus describes the Kingdom of God: “It is like a grain of mustard seed, which, when sown on the ground, is the smallest of all the seeds on earth, yet when it is sown it grows up and becomes larger than all the garden plants and puts out large branches, so that the birds of the air can make nests in its shade.”

Jesus continually inspires by painting a picture of what will happen when we trust in Him – a picture of the preferable future if we follow in His ways.

My family and I desire our business to be an experiment in decency. We strive to be an oasis of grace in the marketplace, which forum resembles a desert of ungrace and greed. Our HR department has always been given the direction not only to seek colleagues that have the right skills or curriculum vitae, but also those who share our beliefs in the area of grace.

Grace is something more than “unmerited favour.” To give to a difficult person who calls on me may be termed “unmerited favour,” but it is scarcely grace. Suppose after being robbed, I should feed the individual, that would be grace. Gold is of the earth, a mere metal, but grace is the image of the heavenly. Gold is only for the pocket and the concerns of time; but grace is for the soul and the concerns of eternity.

For me and my house, the great adventure in the marketplace is to inspire grace.