Walk in His Shoes | Alan Louis - Language of Commerce

Walk in His Shoes 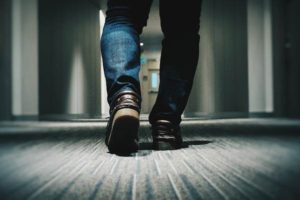 “I don’t like that man. I must get to know him better.” (Abraham Lincoln)

In 1973 an accredited research project took place at Princeton Theological Seminary. A group of students were selected and had to prepare a talk on the biblical story of the Good Samaritan. This story reflected in Luke 10:25-37 described how someone had been attacked, robbed and left for dead next to the road. Religious leaders of the day hurried past the person, but a Samaritan seeing the young man beaten and bruised, picked him up and cared for his needs.

These Princeton students, all of whom were training to become pastors, were instructed to prepare a mini-sermon on this biblical story. Some were given a short time to race to another building on campus to present their sermon while others were given more time. En route, an actor had been stationed in an alleyway that they would all pass. This actor pretended to be seriously injured and cried out for help as the students passed by.

The study found that those students who were given less time to reach the building where they were to present their sermon, consistently walked past the alleyway and ignored the ‘injured’ man. Those students who were given more time to reach the presentation venue, were more likely to stop for the injured man.  This study illustrated clearly that despite having the head knowledge to stop and help the injured man, those in a rush were less likely to stop or even to glance in that direction.

We live in a society where we are consistently in a rush. As such, we very often do not pause to help the needy or even to try to understand the battles of those whose lives we cross. This was recently highlighted for me by a story I heard from a friend, Carla. She had just adopted a baby girl and was sitting in the mom’s room at church trying to listen to the sermon. Her 20 month old daughter was running around the room pulling or climbing on anything she could find.

Carla was exhausted just trying to keep her under control so as not to bother those in the room. Another lady was sitting there with her small boy but he was just quietly sitting in one place playing with some blocks. Carla spoke to his mom and asked her: “How do you get this right? I wish I could get my daughter to just calm down and sit quietly?”

The mom of the boy then said to Carla: “I was just sitting here feeling sad that my son was not more like your daughter.” She then lifted her son up to reveal that his legs were both badly deformed and he could not walk around. This lesson shook Carla into being thankful for what she has but also into working harder to understand the story – to walk in the shoes – of people she was interacting with.

In business, one of the sectors we trade in is the hospitality industry. At one of our hotels my team were consistently battling with an employee who was constantly late for his work in the kitchen. He was under disciple for this behaviour and his manager was frustrated as he was an important member of the team but would just never arrive at work on time.

During a separate exercise our training department started helping our team with adult literacy for those who had not finished their schooling. They soon discovered that this problematic staff member was not able to read numbers. As they explored further they found that he was even unable to read a clock. It then dawned on the team that he was consistently late in winter as he was basing his movements on the position of the sun, rather than on the time on a clock.

With numeracy training, his behavioural issues corrected itself. By investing time into the individual and understanding the reasoning behind his behaviour, the behavioural problems were resolved and the service in the kitchen excelled.

The important challenge is to take the time to walk in the shoes of those with whom we interact. I would encourage you to practice the art of slowing down, listening more intently, working to understand where people are at and what makes them tick. Once we understand this, we not only win over the hearts of the team, but are able to lead and assist them to greater excellence of execution.

The renowned evangelist Matthew Henry said this: “As good men, in concert, make one another better, and are enabled to do so much the more good, so bad men, in combination, make one another worse, and do so much the more mischief.” Imagine the possibilities in terms of customer service, team cohesion and excellence if the hearts of our team are bigger and work in unison. In James 1:19 we read: “Know this, my beloved brothers: let every person be quick to hear, slow to speak, slow to anger.”

As you go into your workplace, take time in each interaction to listen to the heart of the people you are walking with. Practice walking in their shoes, but also go further – become a friend! Friends should be like angels who lift us to our feet when our wings are caught in some noose.