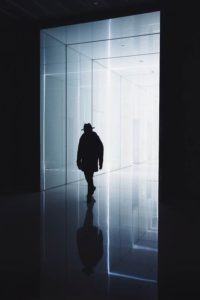 As we walk through life we are constantly followed by our shadow. As the seasons change in our lives the nature and look of that shadow alters, but we cannot escape it.

In the book by Peter Scazerro called ‘The Emotionally Healthy Leader’, he says that our leadership is marked by our shadow, but he does not mean our literal shadow. Instead, he describes our shadow as: “the accumulation of untamed emotions, less-than-pure motives and thoughts that, while largely unconscious, strongly influence and shape your behaviours. It is the damaged but mostly hidden version of who you are.”

He explains this using the example of excellence. However, the shadow side emerges when the pursuit of excellence crosses over into perfectionism, which makes no allowances for mistakes in others. Thus, what has the potential to be a great strength becomes something that drives people apart.

An example of this shadow side can be seen in a person who is good at building relationships, who is skilled at making people feel comfortable in his/her presence. However, the shadow side is revealed when such an individual does not get his/her own way in the relationship and quickly takes offence. The relationship then swiftly spirals down into destruction as his/her very strength becomes a weakness.

In my own life, I know what I want and can be very direct about it. However, this strength can influence and harm relationships if I am too direct or do not respond in the appropriate way. Scazzero argues that this shadow shapes who we are and how we lead and respond to the world. His challenge to leaders is to be self-aware and to recognize this dangerous shadow side.

We need to recognize our shadow and then face it, thereby removing its destructive power. In our daily lives, we need to be aware of this shadow, which is often the result of our upbringing, our fears, our insecurities and the impact of sin in our lives.

Whatever the nature of this shadow, it has tremendous potential to spiral us down into a mindset of negativity and destruction. If you allow the shadow to drive you and dictate who you are, your world can very easily become a dark and uncomfortable place.

I once heard someone say: “I am liable for what I say, not for what you understand.” This is true in one sense, but when our shadow gets in the way, our hearers cannot always accurately discern what is being said.

How do we drive out this shadow? Think about it. In the physical world, one drives out a shadow by bringing intense light into the situation. Picture a floodlit room with lights shining on you from every angle. No shadow can exist.

In a similar fashion, if we are saved through a life-giving relationship with Jesus Christ, the power of His Holy Spirit shines from within us. Perfect light drives out darkness. If we are allowing the Holy Spirit into our lives and are listening to the Holy Spirit, allowing God to restore, bringing healing and repentance of our sins, then the shadow is robbed of its power.

If the shadow is not disarmed, you will often tend to think of yourself as having done nothing amiss. In fact, you may think of yourself as good as most people and a great deal better than many. This thought process may spiral in your mind – “Do not talk to me as if I have fault. I do not know anybody who can find fault in me; I really believe that I am an example to others.”

Each one of us needs to think about our shadow side. Which parts of who you are, are negatively impacting your world? What light should you bring to bear upon these areas? This might be the light of God’s Word, or the power of the Holy Spirit working to restore you. How brilliantly 1 John 4:4 says: “For He who is in you, is greater than he who is in the world.”