Are You An Artisan? | Alan Louis - Language of Commerce

Are You An Artisan? 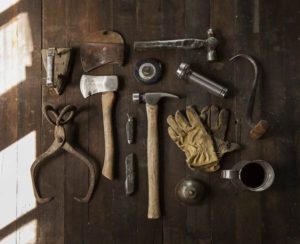 The story is told of a medieval traveller who came across the following scene in 800 AD close to the river Avon in England. As he moved through the countryside, he found a man with a sledgehammer who seemed to be breaking rocks. He asked the man: “What are you doing?” to which the man replied “I am cutting rocks!” The man did not seem to want to talk any further so the traveller moved on. He soon came to another man, also busily smashing rocks and asked him the same question. The man replied: “I am busy breaking these rocks and as soon as I have saved up enough, I am heading back home. I am just making a living.”

The traveller walked up to a third man who had a sledgehammer and was cutting away at rocks. “What are you doing?” the traveller asked him. This third man stopped and put down his sledgehammer with the reply: “I am building a cathedral.”

This encouraging story delves into the motivation of the heart. It poses the question: Are we simply just doing a job or are we building something amazing? The first man in the story was merely cutting rocks, the second man was earning a living, while the third was building a cathedral.

The latter man was creating something meaningful for the present as well as for future generations. As you go about your daily life, answering emails, attending meetings, making decisions, are you just cutting rocks or are you building a cathedral?

What struck me as I reflected on this story is that meaning and significance does not come from what I am doing, but from the deeper meaning I find in it. It does not matter how important the job title is, but the deeper significance I see in what I do.

The Need for Compassion

As I am writing I wonder whether one can build a cathedral without a compassionate stance. Compassion is the inward principle of charity in the heart. We must not only have a considerate heart towards our neighbour but give according to their necessity and our ability.

Those who have suffered most are often best able to comfort and give to others. Someone who has experienced the same sort of pain is the one who can minister best, the one who can build the most magnificent cathedral.

In Exodus 31:2-5 we read God’s words to Moses: “See, I have called by name Bezalel the son of Uri, the son of Hur, of the tribe of Judah. And I have filled him with the Spirit of God, in wisdom, in understanding, in knowledge, and in all manner of workmanship, to design artistic works, to work in gold, in silver, in bronze, 5 in cutting jewels for setting, in carving wood, and to work in all manner of workmanship.”

We learn from Moses is that his unique intelligence and skill did not come automatically, he had to endure severe trials. The lesson is that there is a need that for a season we as mere mortals should be in heaviness. The reason being that you cannot groom excellent soldiers without war, or train skilful seamen upon shore.

It appears necessary that if an individual is to become a great helper of others, he must pass through the temptations of others; or if he is to be greatly instructed in the things of God, he must learn by experience.

We are called to use our God-given gifts and abilities to be cathedral builders and not just stone cutters. My challenge to you is to change from a mentality of simply going through the motions, to one where you see all that you do as an anointed skill not only for your benefit, but also to benefit others.

This entry was posted in Business, Faith, Success and tagged Alan Louis, become an entrepreneur, Business, chamber of commerce, Commerce, marketplace, start a business, succeed in business. Bookmark the permalink.