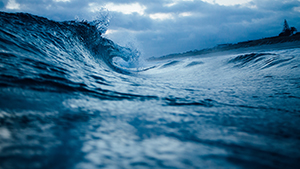 Albert Einstein got it right when he said that “the world as we have created it is a process of our thinking. It cannot be changed without changing our thinking.” We live in a culture where shallow thinking prevails. We desire instant solutions, instant relationships and instant honour. We are not prepared to do the hard yards and think in a deeper way about what is around us. Our thinking is constantly interrupted by emails, telephone messages, and the various noises of social media. How do we perceive being effective in our endeavours if we never leave the shallow end in terms of our thinking?

Those who have impacted the world have set time aside to go deeper. Thomas Edison would withdraw onto his warehouse property where he would avoid the distractions of everyday life and focus on being creative. His warehouse was his ‘Invention Factory’, he made incredible leaps forward, inventing the phonograph and the first electric light bulb. Carl Jung, the famous psychiatrist, did much of his work for which he became famous from a building he called “The Tower” and would retreat to his ‘retiring room’ and take the time to think and write. Mark Twain wrote ‘The Adventures of Tom Sawyer’ on Quarry Farm in New York where he spent some summers. More recently, Bill Gates secluded himself in a rural area for ‘Think Weeks’. During this time he would do nothing but read and think more deeply. Cal Newport, in his book Deep Work, demonstrates the importance of taking the time to go deeper. He writes: “The ability to perform deep work is becoming increasingly rare at exactly the same time it is becoming increasingly valuable in our economy.”

This intensive, focussed time was exemplified in the life of Jesus Christ. He chose to focus not on the masses but to spend the majority of his time with his 12 disciples. He clearly felt that this focussed, deep time, speaking into the lives of a small group of people was important – and these few disciples took the Christian Gospel into the rest of the world.

If we are committed to set aside time to think deeper, it should not just be to create something, but also to build upon values which will stand the test of time – like hope. Think about the importance of living upon hope, hoping in all conditions, hoping to the end. Establish your heart in faith and hope.

Where should your hope rest? Your hope should rest in the power of God. Think about the importance of always getting out of bed in God’s strength, never allowing yourself to retreat in despair – disclaiming your own sufficiency, but depending on Him only as all-sufficient.

The reason why you work will regulate how you work. Method will flow from motive. What you do, you should do from a deeply entrenched inward principle, and one of those principles should be to live upon and exerting hope. We often perplex ourselves with illusionary troubles, we believe things worse than they are, and then afflict ourselves more than we need. It is therefore prudent to always hope the best.

There is a big difference between optimism and hope. Optimistic people often shun difficult realities, pretend they face no obstructions, and believe their own positive thinking will see them through. They are selective in what they see around them, concentrating only on the bright side. In contrast, people who hope accept the tough circumstances and face problems looking forward to the brighter future they believe lies ahead in God’s strength.

The biblical King David was undoubtedly a deep thinker, and he penned these words (Psalm 71:21) in a moment of deep thinking: “You shall increase my greatness, and comfort me on every side.”

About the Author: Dr Alan Louis is a third generation entrepreneur in a family with a 100-year business history. He devoted his life to Christianity as a child. He was awarded a PhD in Commerce, is an Ironman Triathlete Gold medallist and was inducted in the IBC Hall of Fame for entrepreneurship. Internationally he has served on more than 100 private corporate boards, and has experienced the trials, failures and successes of commerce for 3 decades.