Posted on March 9, 2015 by Language of Commerce 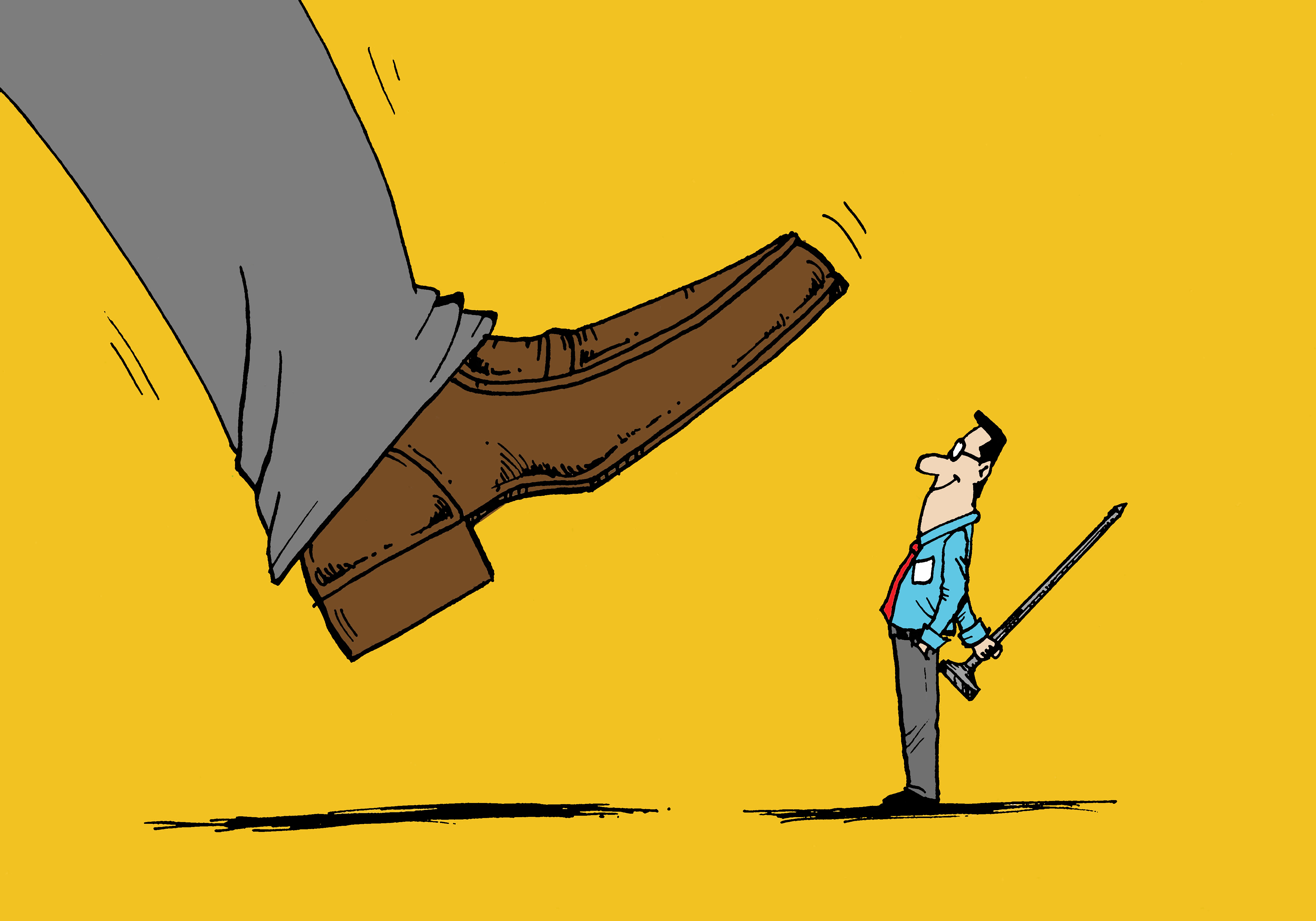 I was looking particularly bored one Saturday morning when my wife correctly advised me that I must pull myself together and find a hobby. Taking her advice, not wanting to annoy Head Office, I attempted to start blogging and thought WordPress would be a good start.

Little did I know that the unique language that I grew up in, being the “Language of Commerce”, would strike a sensitive cord with the public, with views now exceeding many thousands per day. The subject most read from my blog is “The Quiet War in Commerce” – so I feel I should continue with the topic for your enlightenment.

As mentioned in my previous blog on the subject, the makers of silent weapons in commerce create them for the same ends as ordinary weapons but design them to function differently.

The weapon fires a ‘situation’, rather than a bullet in the form of a planned or staged dispute which often has its origin in carefully crafted contractual agreements. The ‘shot’ is fired from a desk, not a gun, under the guidance of a ‘project manager’, who in turn operates under the orders of ‘someone’. This chain of command constitutes the relationship between the modern-day marksman and his military general.

The Weapon of Intimidation

A technique often used by big Corporates is to make use of intimidation and threats to achieve their own will. Their size and scale are very intimidating in the potential power they have over individuals, organisations and even nations.

An example of the size and power of some Corporates is that in the nations of Ireland and Iceland before 2008 their banking institutions had become so large that when the banks failed, the economies of those countries collapsed. Even after the banking crisis of 2008, banks still yield tremendous power. Bank analyst, Mike Mayo, for example, commented: “In fact, the root causes of the crisis are still in place. Large banks have enough clout to beat the living daylights out of anybody who gets in the way – politicians, the press, or analysts like me. They can effectively send you into exile, and they get their way more often than not.” (‘Exile on Wall Street: One Analysts Fight to Save the Big Banks from Themselves’, John Wiley & Sons Inc, New Jersey 2012).

Apart from their size, big Corporates also employ other intimidation tactics. For example, their attitude of competence, confidence and even arrogance, also cause those at odds with them to feel small and inferior and unable to respond. I have first-hand experience, and my initial response was not that the banks were wrong, but that I must have done something wrong – although I had not been wrong. In a sense, because they are BIG, we often wrongly assume that they must be right!

The attitude of a Corporate is often one of superiority. Part of this is because of their sheer scale. They do hold tremendous power, and regard themselves as superior to the rest of us dregs of society. If the average individual wishes to disagree with them, the individual is merely declared incompetent to even participate in the discussion.

Many of the claims made by leading bankers and banking experts actually have as much substance as the emperor’s ‘clothes’ in the Hans Christian Andersen story The Emperor’s New Clothes. But most people do not challenge these claims, and the claims have an impact on policy. The specialists’ façade of competence and confidence is too intimidating. Even people who know better fail to speak up. The emperor may be naked, but he continues his charade without being challenged about his nakedness.

Another tactic is the threat of legal action should you step out of line. This threat of legal action is made all the more intimidating by the fact that big Corporates have the finances to draw in large law firms to fight their case, while those battling them often do not have the financial resources to acquire professional counsel. In a sense, the bosses of these Corporates become intoxicated by their power.

Fyodor Dostoyevsky noted, “Whoever has experienced the power and the unrestrained ability to humiliate another human being automatically loses his own sensations. Tyranny is a habit, it has its own organic life, it develops finally into a disease. The habit can kill and coarsen the very best man or woman to the level of a beast. Blood and power intoxicate … the return of the human dignity, repentance and regeneration becomes almost impossible.” (retrieved from www.goodreads.com). The intimidating complexity of the issues, including complex jargon, long and complicated legal documents and huge amounts of paperwork add to this implicit and explicit intimidation.

How can we respond to these threats and practices of intimidation? My simple answer is this – an individual who trusts God cannot be intimidated. The Holy Bible is clear in 2 Timothy 1:7 “For God has not given us a spirit of fear, but of power and of love and of a sound mind.”

As you fight in the boardrooms and streets of the business world, I would exhort you never to surrender to the intimidation tactics of the illusive commercial giants; you will be most surprised how cowardly many of them run for the hills when the odds turn in your favour!

4 Responses to The Quiet War in Commerce (Part II)