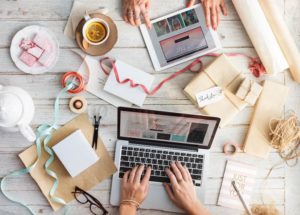 “At times the whole world seems to be in conspiracy to importune you with emphatic trifles. Friend, client, child, sickness, fear, want, charity, all knock at once at thy closet door and say,—’Come out unto us.’ But keep thy state; come not into their confusion. The power men possess to annoy me I give them by a weak curiosity. No man can come near me but through my act.” (Ralph Waldo Emerson)

Once I stopped at a traffic light when my mobile rang. As I glanced at my phone I saw a Whatsapp message from a friend which had appeared on the screen. Just then the traffic light changed and I quickly looked away from the phone, put my car into gear and pulled away. I had allowed my phone to distract me.

At another time, I was discussing basketball with the coach of a ladies basketball team. He advised me that he discovered the young ladies were being so distracted by their phones that he had to ban all mobiles from the field – especially after he found someone checking social media in the middle of a game.

We live in a society filled with what Emerson called “emphatic trifles”, things that would pull our attention away from the moment.

What does research say?

Indeed, a recent research report found that the average university student checks their telephone 11.43 times during the course of a single lecture period. Similarly, other research showed that teenagers in the US spend on average 9 hours a day interacting with a screen and at least 30% of this time on social media.

Adults fair a little better with an average of 2 hours per day spent on social media. Other areas of life are also impacted by distraction. For example, in the US, research in 2015 found that 64% of motor vehicle accidents involved a cell phone with an average of 330,000 accidents each year attributed to texting while driving.

A recent time magazine article was titled “How your smartphone is ruining your relationships” while another study in 2012 found that even when a phone was visible in a room, the sense of intimacy and connection between the people in the room was less.

The dilemma of distraction

The dilemma is the lack of focus. As Mr Emerson further noted: “The power men possess to annoy me I give them by a weak curiosity. No man can come near me but through my act.”

By allowing ourselves to be distracted – by succumbing to the weak curiosity of the blinking light, the vibrating phone, the email in the inbox, the social media update – we choose not to focus. When we choose not to focus we fail to do deep work. This is similar to someone taking a photograph that is out of focus, the photograph becomes blurred and you can’t make out the details.

If you can’t see the detail, you can’t enjoy the detail because one can’t quite make out the subject being captured. Our lives are like this. If we live a life of distraction – if we are continually living out of focus – then we lose the moment.

Eckart Tolle, the German author, wrote: “Realize deeply that the present moment is all you ever have. Make the Now the primary focus of your life.”  When I think of the life of Jesus in this light, I see Him as someone with a very clear focus. He had the future of the whole world in His hands, but chose to focus much of His time and attention on a small group of disciples.  He could have easily been distracted by the vast amount of need around Him, by the hurts and fears of thousands of people, but He chose to focus on a few. He knew that such focus would have an incredible impact.

Why are we prone to distraction?

One reason I think we are so prone to distraction is because we inherently believe our being “on-top” of things will help solve the myriad of problems that life throws at us. Have we not learnt that all our problem solving efforts achieve is merely to shift the pattern till it takes a different form.

When we do solve a problem we pat ourselves on the back and proudly assert, “We have solved this problem!” But all we have done is move the problem to a different symptom of the same disease. As C. S. Lewis so aptly put it, “No clever arrangement of bad eggs will make a good omelet.”

When the full round of problems complete its cycle, it merely begins again, and we say, “History repeats itself.”

A great cloud of witnesses

In Hebrews 12:1-2 we read that: “Therefore, since we are surrounded by so great a cloud of witnesses, let us also lay aside every weight, and sin which clings so closely, and let us run with endurance the race that is set before us, looking to Jesus, the founder and perfector of our faith”.

Paul exhorts us to throw off those things which would distract us and focus on Jesus. In our business lives, I would encourage you to not only throw off the distractions of social media and the beeping phone, but to develop the ability to focus sharply on doing the right things well.

Success in my view is living a life of focused energy where we capture moments in such clarity because we are fully present in each moment and live that moment with excellence. As Emerson so wisely noted – the choice is ours!