Experiencing the Psychopath in Commerce | Alan Louis - Language of Commerce

Experiencing the Psychopath in Commerce 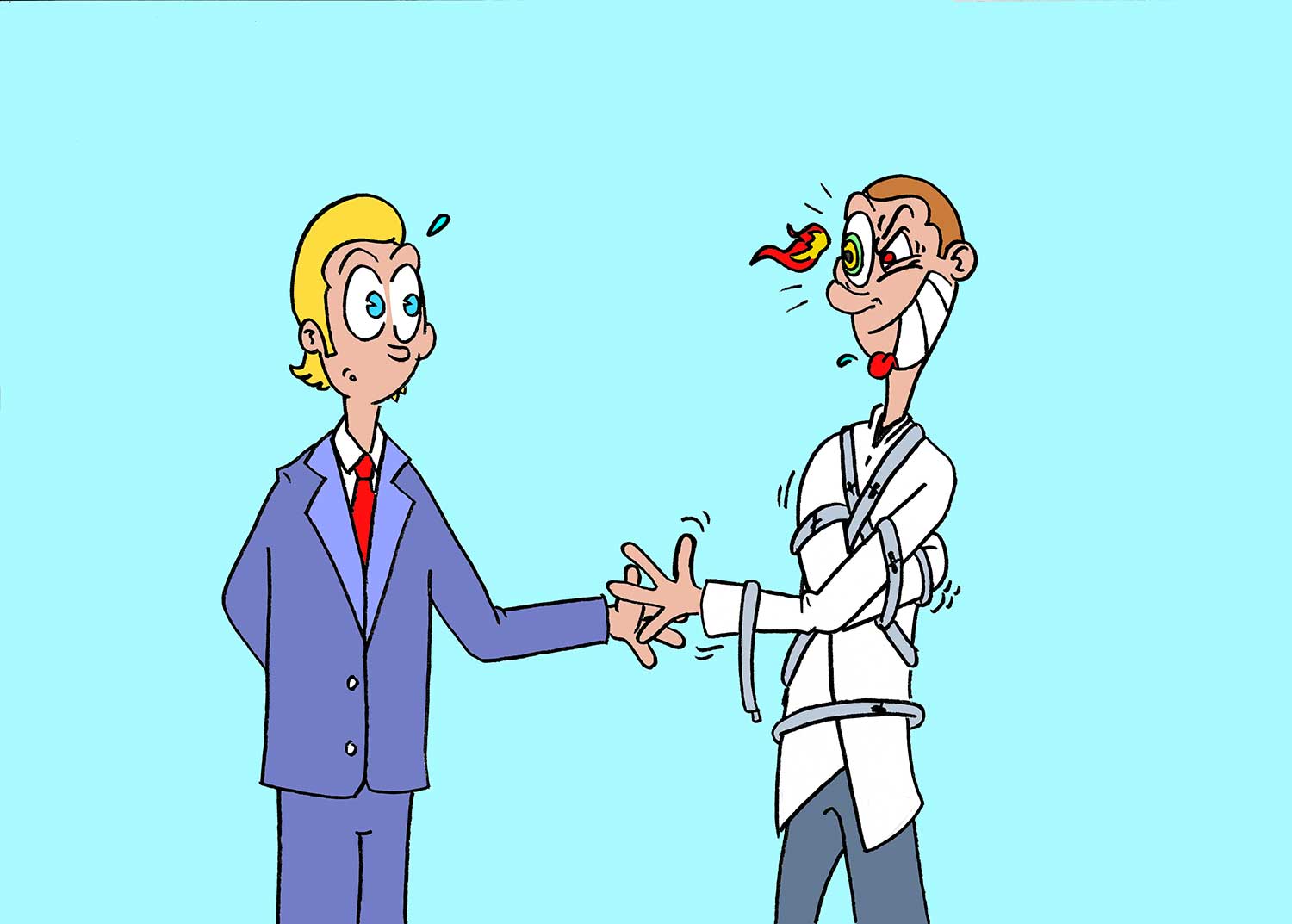 I once left our Company offices in frustration just before midday and went straight to my hotel room. Although hungry, I just climbed into bed and never ordered any room service. Feeling disheartened, I knew something was horribly wrong with the behaviour of some of the business people that I was encountering.

After learning much at the cutting edge of international business, something cracked in me. I had wondered whether the science of psychology somehow could provide answers to many business dealings and decisions – as I was observing behavioural patterns in the marketplace which I was neither familiar nor comfortable with?

While lying disillusioned on my bed in the hotel, I started to investigate personality traits to try to provide some explanation as to why I found so much cold-bloodedness amongst certain factions in commerce.

The Role of Business Psychology

I had developed the uncomfortable realisation that certain businesspeople demonstrate traits of psychopathy. To put it bluntly, many successful leaders, managers and directors are psychopaths – and psychopaths are amoral.

Am I alone in thinking this? No.

In recent years, leading researchers and experts in the field have studied the phenomenon and have found that the marketplace is, most worryingly, packed with psychopaths. Studies have proved that it is, paradoxically, actually a desirable trait simply because driving a hard bargain or closing a tricky deal often requires a certain ‘hardness’ of character, manipulation, and insensitivity as to any adverse outcome for the other party.

Business is driven by the desire for success, achievement and money, and if you don’t particularly care who you are tricking or how devilish your behaviour, you will prosper. Psychopaths have no sense of right or wrong.

If you recognise the relevance of the science of psychology, as I did in my hotel room, your business journey will be a more comfortable one. Furthermore, you will have the skills necessary to identify these people – and avoid certain pitfalls (at least a realisation that you are not going mad is reward enough).

Of course it’s more complicated than that and in my future blogs you will see how some business people can be classified not just as psychopaths (which is bad enough) but also as Machiavellists, Narcissists or the one I have coined as ‘JAST’.

The Psychology and Business Link

We need to start by understanding why psychology and business are inextricably linked. In 2002, Princeton University psychologist Daniel Kahneman was awarded the Nobel Memorial Prize in Economic Sciences for his ground-breaking work in applying psychological insights to economic theory. Together with an associate, he developed the economic model known as prospect theory to better explain analogous economic behaviour that’s difficult to account for with traditional models. An example of this is why there are vast, seemingly unprovoked fluctuations in the stock market or why people drive to a distant store to save a few dollars on a small purchase, but will not make the same effort to claim a discount on an expensive item.

Psychology can be most clearly characterised as a blend of both pure and applied science. Its goal is to comprehend and explain behaviour as well as the internal processes that influence thoughts, feelings and ideas. It is multi-disciplinary in nature, meaning it is most effective when used in co-operation with other disciplines including anatomy, medicine, psychology and sociology, as well as mathematics and economics (Adrian Furnham: ‘50 Psychology Ideas You Really Need to Know’, Quercus Publishing Plc 2009).

A Magnet for Psychopaths

The marketplace, especially where money abounds, is a magnet for psychopaths. I am not alone in this observation. In his excellent book ‘The Wisdom of Psychopaths: What Saints, Spies, and Serial Killers Can Teach Us About Success’, Professor Kevin Dutton said that “a number of psychopathic attributes (are) actually more common in business leaders than in so-called disturbed criminals – attributes such as superficial charm, egocentricity, persuasiveness, lack of empathy, independence, and focus.”

Personality disorders are dysfunctions affecting our whole identity, both in temperament and character; they are tears or rips in the fabric of who we are. Someone is considered mentally ill if, according to Sam Vaknin, the person’s “behaviour causes him or others discomfort, and is dysfunctional, self-defeating, and self-destructive even by his own yardsticks.” (Sam Vaknin, ‘Malignant Self Love – Narcissism Revisited – The Essay’, 2007 – www. Narcissistic-abuse.com)

It is therefore imperative to consider the role of the psychopath in the marketplace.

I discovered the concept of the Dark Triad after a particularly bad experience with a foreign banking conglomerate. The Directors of this particular bank misjudged me and did not realise that I had skill in finance. I recognised that they wished to introduce to our clients various investment products that were clearly immoral (but sadly approved by their compliance officers). The cold-blooded communications that followed rocked me to the core of my being.

The ‘Dark Triad’ is a set of traits that include the impulsive, thrill-seeking and callous behaviour of psychopaths, the self-obsession of narcissism, and the deceitful and exploitative nature of Machiavellianism.

When I came across the subject of the Dark Triad, I knew I had found my answer, and peace returned to my heart, because I realised I was not just imagining all that was happening around me. From my own brutal experience and exposure to the Dark Triad, I am absolutely certain the Dark Triad of personality traits sadly exists in a very big way in commerce today.

One Response to Experiencing the Psychopath in Commerce