The Significance of Business Intelligence | Alan Louis - Language of Commerce

The Significance of Business Intelligence 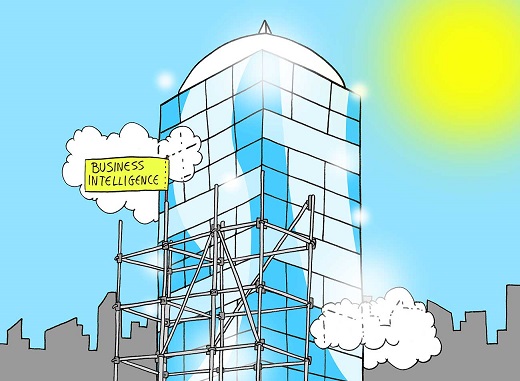 When I was living in Stratford upon Avon in England in 2008, I was intricately involved in global economics as a trained economist. At the time, the hidden precursors of the financial ‘perfect storm’ were amassing, and then it hit worldwide. Most in the global community never saw it coming. September 2008 was the dawn of the financial ice-age.

Many bank executives and financial traders were calling me frantically saying they needed to adjust all their clients’ margins on credit lines and loan to value ratios. For many years since then, the world economy continued to lurch from one crisis to another because governments had simply run out of quick fix solutions. In the years leading up to 2008, the world economy was primarily sustained by a bubble, i.e. speculation. However, when the bubble burst, there was a huge legacy of excess debt.

The root of this economic turmoil was a dire credit crunch, a massive squeeze on the availability of credit. Many of us in the financial industry clearly understood that this credit crunch was principally the handiwork of bloated bankers addicted to money; their actions had accumulated over $2 trillion of toxic debt in the arteries of global financial systems. The end result was a major recession with a weakening in consumption, but thanks to courageous governments in Britain, the US and the EU, the global economy survived a potential catastrophe.

When it comes to the lessons of history there is so much we should aspire to learn, one being that we all have a duty not to repeat the same mistakes, this is not just an obligation to be borne by bankers. In this regard, I believe business intelligence will become more significant in our quest for financial stability and business success.

The meaning I give to the term ‘business intelligence’ is that which considers what special talents, skill sets, experience and wisdom allow some people to succeed, while others fail or merely operate in a mediocre company.

Does business success depend on some unique emotional intelligence, special talent, deep pockets, leadership qualities, or business acumen? In its most basic sense, ‘intelligence’ refers to the ability to obtain and apply skills to create value and to find and apply knowledge to solve problems. In the same way, ‘business intelligence’ must encompass those qualities which lead to success in the marketplace, by balancing the needs of the environment and the public, to do things in ways that will add value, and finally to be financially smart.

What might the key abilities of ‘business intelligence’ include? The data trail leads us to the research of Harvard Professor David McClelland, who summed up those unique abilities and talents as falling into three basic domains: “cognitive astuteness, or the ability to learn and to think strategically, technical expertise, or the essential crafts involved in getting the work done, and emotional intelligence, the ability to manage ourselves and our relationships” (quoted from an article by Daniel Goleman, ‘Business Intelligence’ in Bloomsbury reference Book: ‘Business the Ultimate Resource’)

A further question to be asked is whether a good knowledge of economics, mathematics, business administration, and the science of decision making can promote business success? Renowned authors, Lennick & Kiel, answer this question in the affirmative offering that emotional intelligence is now commonly regarded as critical to success.

However, they point out that their research has brought them to the conclusion that emotional intelligence was insufficient to “assure consistent, long-term performance” (Doug Lennick & Fred Kiel, ‘Moral Intelligence – Enhancing Business Performance and Leadership Success in Turbulent Times’, Pearson Education Inc. 2011).

Given that emotional intelligence alone will not ensure the longevity of a successful corporation, something else is needed which Lennick & Kriel ascribe to ‘moral intelligence’ as being “at the heart of long-lasting business success.”

The Ethics Resource Centre in Washington D.C. agree as to the importance of ethical behaviour in organisational success, and state that “companies that are dedicated to doing the right thing, have a written commitment to social responsibility, and act on it consistently are more profitable than those who don’t.”

The Fourth Element for Business Success

It seems evident that business intelligence is only intelligence if it leads to a sustainable long term profitable business, and the 3 key essential ingredients are intellectual, emotional and moral intelligence.

I have been fortunate to grow up and work in a 100-year family business, the only job I have known for the last 3 decades. My brutal experience has taught me that intellectual, emotional and moral intelligence are not the only ingredients to aspire towards. Another essential criterion is managing partnerships, but certainly not basic management, it must be smart. This fourth element is a trait well known in the business of family.

In all our seeking, lets not forget what Matthew 6:33-34 says: “But seek first the kingdom of God and His righteousness, and all these things shall be added to you. Therefore do not worry about tomorrow, for tomorrow will worry about its own things. Sufficient for the day is its own trouble.”

10 Responses to The Significance of Business Intelligence