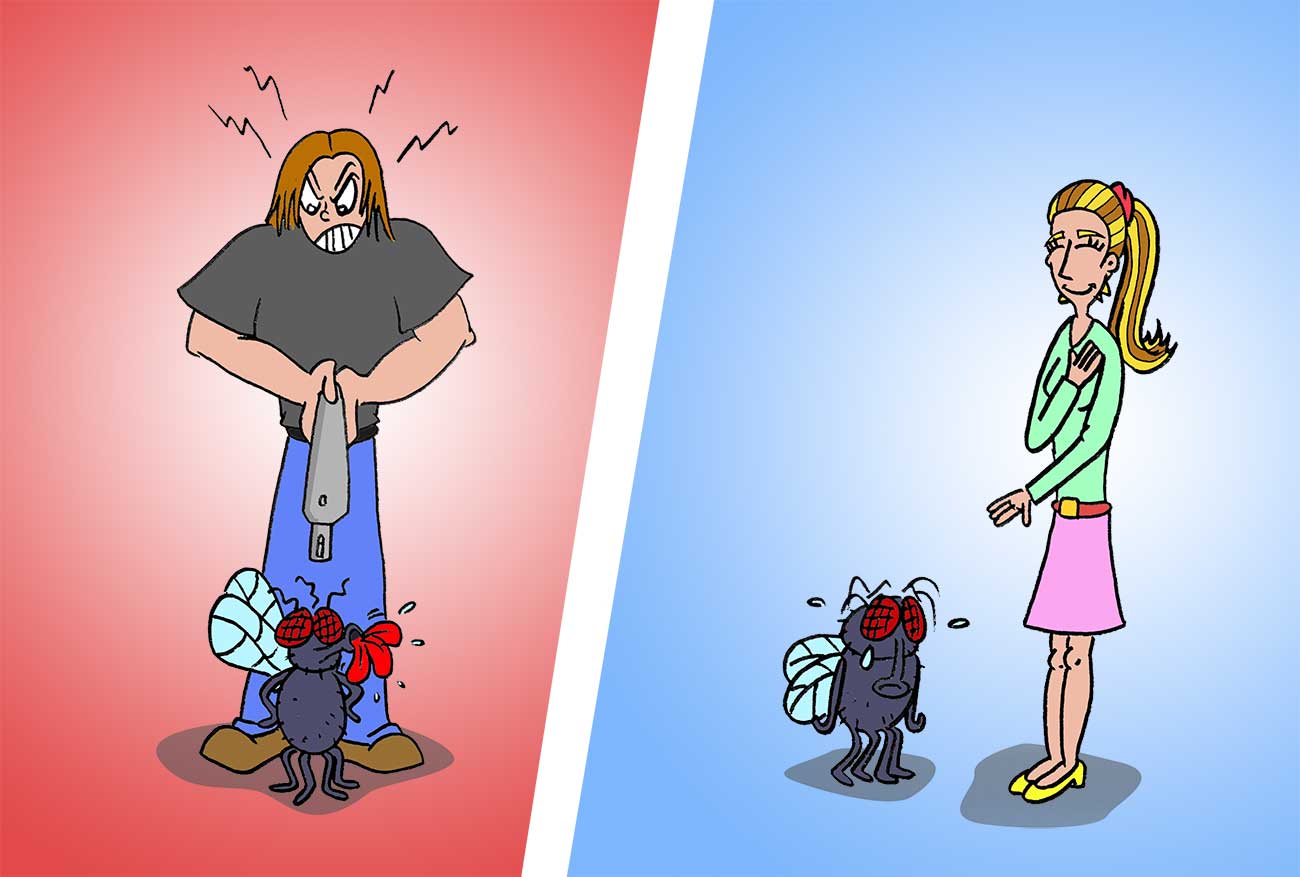 One day, while travelling in the car with my father in Stratford-upon-Avon, England, he reminisced about the good old days when he was eighty (sorry Dad, but you still look young to me!) back at a time when he only needed to look at a fly, and the “irritating insect” would pass out. He then expressed his utter frustration, saying: “Today you cannot merely use Doom (poisonous gas) to kill the fly. Now you have to smack it, jump on it and then beat it with a broom.”

I was amused to hear my usually reserved father express his passion to such a degree, but I have to admit feeling exactly the same way about the inner uncaring workings of the marketplace. It is much like an irritating fly, and in this case poisonous gas ain’t going to kill it, which means we need a much more powerful weapon to destroy the prevailing gracelessness in commerce.

The word ‘gracelessness’ is hard on the tongue (and hard on the emotions), but its meaning is simply to express no sense of politeness or decency.

Does the Christian emphasis on grace or kindness have any relevance in a dog-eat-dog world of commerce where force and gracelessness prevail? Yes, it most certainly does, and although I can present many arguments, here is just one valid reason why.

In 1990 the world watched a drama of forgiveness enacted on the stage of world politics. After East Germany chose a parliament in its first free elections, their first official act was to unanimously adopt the following position:

“We, the first freely elected parliamentarians of the GDR…. on behalf of the citizens of this land, admit responsibility for the humiliation, expulsion and murder of Jewish men, women and children. We feel sorrow and shame, and acknowledge this burden of German history.… Immeasurable suffering was inflicted on the peoples of the world during the era of national socialism.…. We ask all the Jews of the world to forgive us. We ask the people of Israel to forgive us for the hypocrisy and hostility of official East German policies toward Israel and for the persecution and humiliation of Jewish citizens in our country after 1945 as well.”

In a similar world drama of forgiveness, the late South African Statesman Nelson Mandela emerged from nearly twenty-seven years of imprisonment with an unexpected and hopeful message of forgiveness and reconciliation, rather than demanding revenge.

These two powerful world events teach us unequivocally that the chains of gracelessness can indeed snap, and will break in commerce, but the fracturing process begins with acts of forgiveness. If grace holds such incredible power in politics, it will change the world, also wielding power in the marketplace. The fact that a diplomatic relationship exists at all between Germany and Israel; and that peaceful elections took place in South Africa when apartheid was dismantled, are stunning demonstrations of the power of grace and its counterpart, forgiveness.

Colossians 3:13 explains the work of forgiveness and reconciliation this way: “[Bear] with one another, and forgiving one another, if anyone has a complaint against another; even as Christ forgave you, so you also must do.”

I don’t believe secular sources like dictionaries can adequately define the multifaceted term we call ‘forgiveness’, because I believe it is supernatural in nature. And because of its complexity it requires divine guidance and empowerment, simply to go against our human nature to make it happen.

We have many world changing events stirred by reconciliatory acts which teach us valuable lessons about the fruit of grace and forgiveness: not only are friendships made or restored and relationships healed, but we also avoid the awful consequences of the alternative, gracelessness.

We just need to consider the actions of Robert Mugabe, Zimbabwe’s president for over thirty years, to understand the consequences of harnessing the power of gracelessness – 80% unemployment, 231 million per cent peak hyperinflation in 2008, widespread murder and the collapse of the rule of law.

You merely need to visit Harare International Airport to witness for yourself the ramifications of the polluted fumes of gracelessness on individuals – devastating dejection and the complete loss of self-worth that has decimated an entire culture.

Christian evangelist John Hagee once said: “When you forgive someone, you totally free yourself from the person’s power to control you.” Similarly, Joyce Meyer says: “Un-forgiveness is like drinking poison and hoping someone else would die.”

These are tough words but they help us understand that forgiveness not only fractures gracelessness, but it also has the redeeming quality of un-poisoning and restoring our lives.

In physical terms such ‘un-poisoning’ is associated with a lower heart rate and blood pressure, as well as relieving stress. It is also associated with alleviating physical symptoms, reducing fatigue and improving the quality of restorative sleep. In the psychological realm, forgiveness is associated with lower stress, while simultaneously restoring positive thoughts, feelings, and behaviours (as illustrated by psychologist Randy Kamen Gredinger in her blog: ‘The Power of Forgiveness’, in Huffpost 20 July 2013).

The Bridge of Forgiveness

George Herbert gave one of the most powerful arguments in favour of forgiveness when he made this statement: “He that cannot forgive others, breaks the bridge over which he himself must pass.”

So urgent is the need for forgiveness that Jesus repeatedly gave it precedence over mere religious duties: “Therefore if you bring your gift to the altar, and there remember that your brother has something against you, leave your gift there before the altar, and go your way. First be reconciled to your brother, and then come and offer your gift.” (Matthew 5:23-24)

13 Responses to Breaking Gracelessness in Commerce