The Grace Bankruptcy in Commerce | Alan Louis - Language of Commerce

The Grace Bankruptcy in Commerce

Posted on February 26, 2015 by Language of Commerce 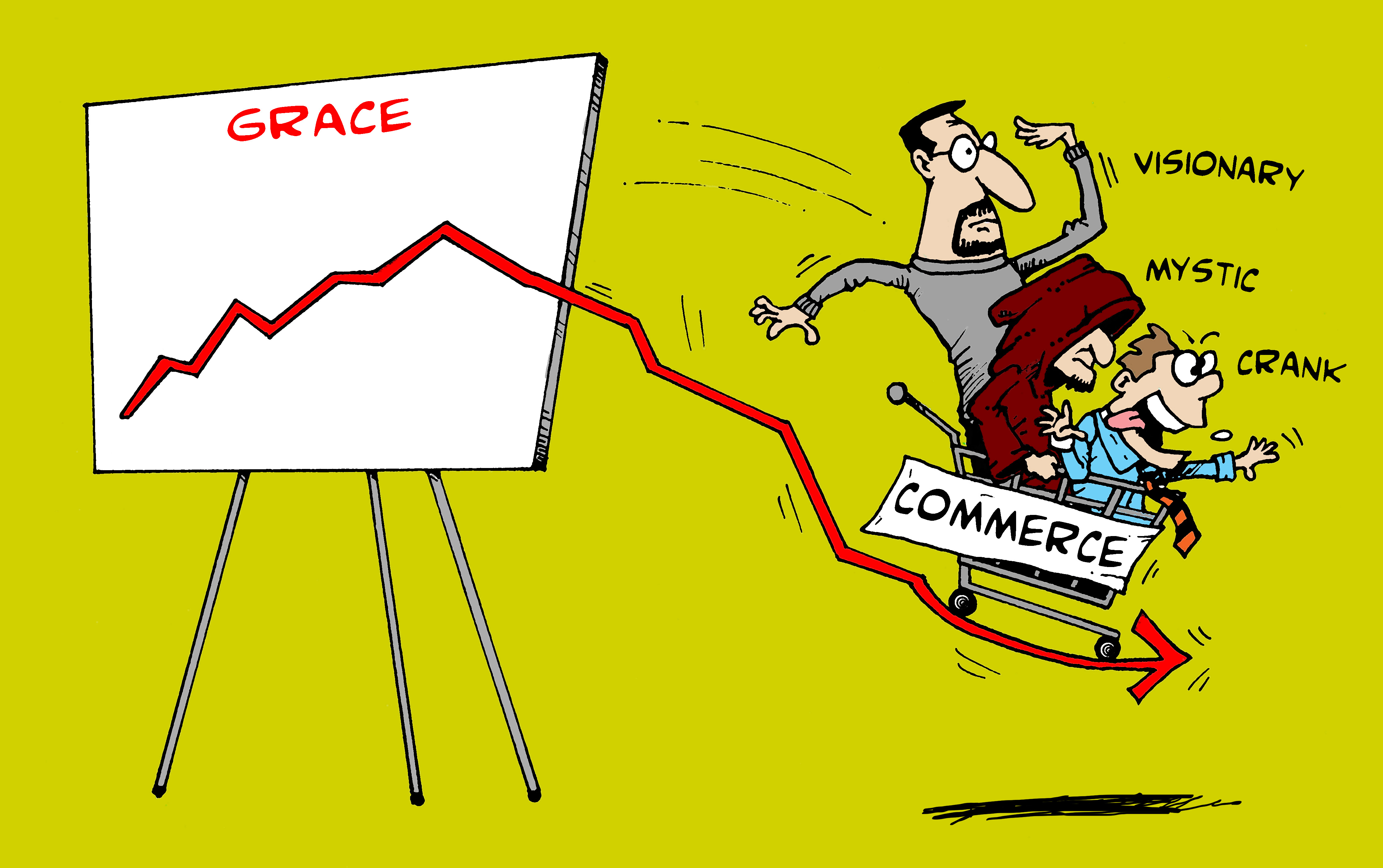 By Alan Louis, PhD in Commerce

What’s the Problem in Commerce?

Since the beginning of time, there has been no shortage of visionaries, mystics and cranks who have conjured up brave new worlds that have encouraged hope and exhibited folly in equal measure. Arthur Waugh agrees that “the human mind is inspired enough when it comes to inventing horrors; it is when it tries to invent a Heaven that it shows itself cloddish.”

Commerce is simply the business of buying and selling. People in business or commerce are frustrated, employees are treated unfairly and the average employer has to compete with ruthless mega corporates.

During the 28 years I spent exposed to commerce, it became increasingly clear that commerce is deteriorating, its in the last stages of decay. The problem is simply: its everyone for themselves, there is no conscience of treating others with mutual respect.

The term ‘grace‘ refers to courteous good will, it includes the qualities of kindness and mercy, expecting nothing in return – it is something freely given.

It is the office of conscience to discourage people in any act of ungrace, but, when that is stumped, the case is then very desperate. Those operating without a conscience please themselves with an atheistical conceit that God himself takes no notice of their wicked practices: They say, Who shall see them? A practical disbelief of God’s omniscience is at the bottom of all the ruthlessness of the wicked.

We must make it our business to enquire into the law of God, to search the Word of God, and seek the knowledge of God, of His mind and will. We need to make conscience of doing according to grace and the law of love set out in the Word of God.

Those that are full of tongue seldom take care of their conscience, because they see themselves as pure in their own eyes. They have a very high opinion of themselves and their own character, yet take no care to cleanse their heart of its corruption. We must always make conscience of our duty not only to cease from wrong, but also learn to do well.

The Need for Grace in Commerce

While commerce still faces a liquidity dilemma fuelled by inherent distrust, in my experience, it has always been bankrupt regarding the more pressing issue of grace. The sad truth is that people in commerce can be excused for the lack of cash at their disposal but they cannot be exempt from a lack of grace. My observations from having sat on more that 100 company boards internationally, is that the world starves for grace.

I have often wondered how evil people sleep at night? If you’re like me, God never lets you get away with anything, and I’ve tried many times to dodge God. Instead He pricks my conscience for the least little things, so that I repent and change my direction ASAP. So how do the wicked get away with evil? They must regularly harden their hearts and close their ears, so there is no conviction to deal with—no still small voice to humble them. In so doing, their hard hearts have no room for tenderness, no compassion, and no joy, only piles of money to fill the emptiness that remains.

One solution to the grace bankruptcy is the Golden Rule which is a rare gem, standing the test of time, as captured by Jesus’ words in Matthew 7:12: “Whatever you want men to do to you, do also to them, for this is the Law and the Prophets.”

The Golden Rule or ethic of reciprocity is a fitting moral code found in most religions that looks at the issue in one of two ways:

This concept presupposes a ‘reciprocal’ or ‘two-way’ relationship between two parties that involves both sides equally, for their mutual benefit. The Golden Rule expresses itself as a matter of the heart and conscience.

4 Responses to The Grace Bankruptcy in Commerce